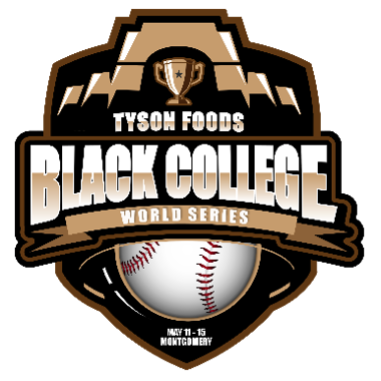 Springdale, Ark. – April 21, 2022 – To support student-athletes at Historically Black Colleges and Universities (HBCU), Tyson Foods (NYSE: TSN) announced today that it will be the title sponsor of the Black College World Series (BCWS) in each of the next three years.

The Tyson Foods Black College World Series for 2022 will be played from May 11 – 15 at Riverwalk Stadium in Montgomery, Ala., and will involve eight HBCU baseball teams. The top team from the National Collegiate Athletic Association (NCAA) Division II bracket in the tournament will face off against the top team from the National Association of Intercollegiate Athletics (NAIA) bracket to determine the champion.

"The Black College World Series has sought to identify partners who share our vision to elevate the experiences of student athletes at HBCUs and provide a platform to showcase talent within Black college baseball,” said Gavin King, Chair of the BCWS Montgomery Advisory Committee. “Our new partnership with Tyson Foods allows us to do just that; we are incredibly pleased to have Tyson Foods as title sponsor for the next three years. Together, we look forward to welcoming the competing schools, fans, alumni and everyone else who will join us.”

“We are looking forward to the Black College World Series in Montgomery, and the new events and opportunities in the coming years. HBCU baseball brings excitement, and we are ecstatic that Tyson Foods has joined in that excitement,” added Michael Coker, Executive Director of Black College Championships. “We look forward to everyone enjoying the pageantry and nostalgia of Black College Baseball. We are pleased to be partnering with Tyson Foods to provide a championship level tournament over the next few years.”

“We’re honored and excited to support the Black College World Series, which we know is special to the HBCU community, student-athletes, coaches and the thousands of fans who will be attending and watching online,” said John R. Tyson, executive vice president of strategy and chief sustainability officer of Tyson Foods. “Our participation is also in recognition of the HBCU graduates who are part of our company as well as the communities where we live and work.”

As the official hot dog of summer, Ball Park, one of the Tyson Foods’ portfolio brands, is joining Tyson Foods in the three-year sponsorship agreement with the BCWS.

This year’s tournament will host approximately 15,000 fans and will be streamed online by the Black College Sports Network. The inaugural Black College World Series was held last year, with Bluefield State College, in West Virginia, defeating Xavier University of Louisiana for the championship.

Tyson Foods (NYSE: TSN) is one of the world’s largest food companies and a recognized leader in protein. Founded in 1935 by John W. Tyson and grown under four generations of family leadership, the Company has a broad portfolio of products and brands like Tyson®, Jimmy Dean®, Hillshire Farm®, Ball Park®, Wright®, Aidells®, ibp® and State Fair®. Tyson Foods innovates continually to make protein more sustainable, tailor food for everywhere it’s available and raise the world’s expectations for how much good food can do. Headquartered in Springdale, Arkansas, the Company had approximately 137,000 team members on October 2, 2021. Through its Core Values, Tyson Foods strives to operate with integrity, create value for its shareholders, customers, communities and team members and serve as a steward of the animals, land and environment entrusted to it. Visit www.tysonfoods.com.