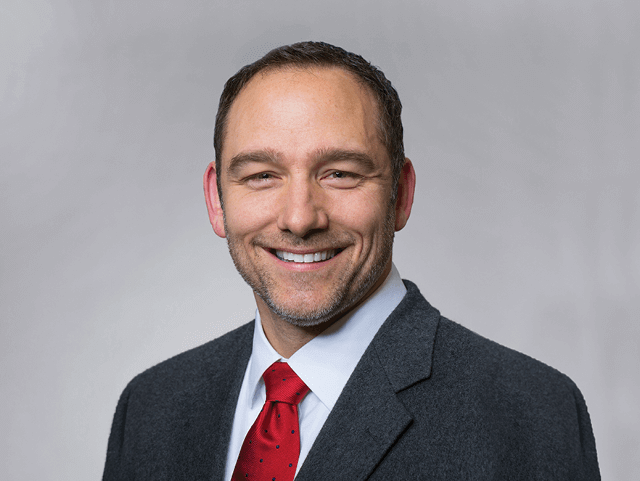 Springdale, Arkansas – November 6, 2019 – Tyson Foods, Inc. (NYSE: TSN) today announced that its board of directors has named independent director Dean Banks, 46, president of the company, effective December 20, 2019. Noel White, 61, currently president and chief executive officer, will continue as CEO. In his new role, Banks will report to White and oversee the company’s business segments. Banks will remain a member of the Tyson Foods board and will be considered a non‐independent director.

Banks brings deep leadership experience and a background in entrepreneurship, innovation and technology to Tyson Foods. He joins the Tyson Foods enterprise leadership team from X, an Alphabet Inc. company (formerly known as Google [x]), where he has been a member of the leadership team since 2016 and started and led multiple projects.

John Tyson, chairman of the board of directors, said, “I have gotten to know Dean well over the past several years, particularly during his two years on our board, where he has demonstrated that he is a thoughtful leader who respects and appreciates the historical Tyson Foods culture. As the board reflected on its talent acquisition and development pipeline, it became apparent, given Dean’s strong cultural fit with our organization and unique leadership experience and background in innovation and technology, that we could benefit from his distinctive abilities and personality on our enterprise leadership team. Dean brings a unique skillset and broad experience – including serving as a Marine, an entrepreneur, a start‐up investor, and a technologist – that will augment our next generation of leadership as it shapes the future of our company.”

Noel White said, “At a time of unprecedented change in the protein industry, we’re focused on capitalizing on our diversified business model and innovation to execute our growth strategy. As we increasingly integrate advanced technologies into our operations, we’re pleased to add a leader of Dean’s caliber to our leadership team. From his service on the Tyson Foods board, Dean has developed a keen understanding of our business to go with his deep knowledge of the technologies and innovations that can help unlock opportunities now and in the future. I look forward to working closely with Dean as we drive Tyson Foods’ global growth in the future.”

Dean Banks said, “In the two years that I have had the privilege of serving on the Tyson Foods board, I have been impressed with the company’s forward‐thinking leadership and the ability of such a venerable institution to adapt and thrive as a modern food company. I have had the opportunity to work with many cutting‐edge, innovative companies during my career, and I look forward to bringing my skills and experience to Tyson Foods on a full‐time basis. I am honored to join Noel and his team as we continue to take bold actions to drive growth for the company now and into the future, and I look forward to returning to the heartland when my family and I relocate to Springdale in the near future.”

Since 2016, Dean has been a project lead and a leadership team member for X, the research and development arm of Alphabet Inc. (formerly known as Google [x]). He joined the board of Tyson Foods in 2017, and serves on two committees ‐ the Governance and Nominating Committee, which is responsible for various governance activities and identifying qualified candidates to be on the Tyson Foods board, and the Strategy and Acquisitions Committee, whose primary purpose is to assist the Tyson Foods board in fulfilling its oversight responsibilities relating to long‐term strategy as well as decisions regarding investments, acquisitions and divestitures. Dean also serves on the Board of biotechnology company Vergent Bioscience, which develops molecular imaging probes for life science research and development, where he was previously CEO.

Dean was previously managing partner of SEED Ventures, a group investing in and developing early stage healthcare technologies. He also has served as a consultant to Cleveland Clinic Innovations, CEO of Occelerator, SVP of Business Development and Strategic Marketing at OrthoHelix, co‐founder and CEO of Connective Orthopedics, and Vice President at Highland Capital Partners.

He is a former platoon sergeant and squad leader in the U.S. Marine Corps. Dean has a Bachelor of Arts in Marketing and Public Relations from Miami University and a Master of Business Administration from the Harvard Business School.