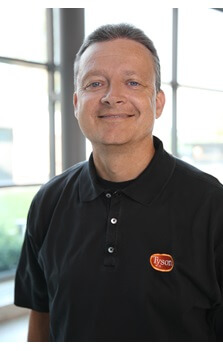 In his new role, Bryan will continue to provide business and financial leadership to the retail branded and foodservice prepared foods teams, as well as the commercial sales and innovation teams. Since joining Tyson Foods in 1990, Bryan has held a variety of roles, including vice president of retail brands and growth finance and accounting, vice president of finance and vice president poultry/prepared foods operations accounting, where he oversaw sales and plant operations from the accounting perspective in a variety of the company's divisions.

“For nearly 30 years, Marty has served Tyson Foods with the utmost excellence and leadership in supporting the company’s most vital functions for our business operations and sustained development,” said Dennis Leatherby, executive vice president and chief financial officer. “We are glad to have his expertise as he takes on this expanded leadership role.”

Bryan attended the University of Arkansas in Fayetteville, where he earned a bachelor’s degree in accounting in 1986.