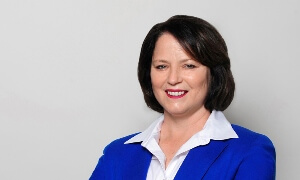 Springdale, Ark. – July 31, 2015 – An executive in the branded and unbranded consumer products and foodservice industries has been named to the board of directors of Tyson Foods, Inc. (NYSE:TSN), company officials announced today.

Mikel A. Durham, 52, has been selected as a new independent director on the Tyson board, effective July 30. She currently serves as the chief commercial officer of the private equity backed CSM Bakery Solutions, a global bakery supply manufacturer based in Atlanta, Ga.

Durham began her career in 1985 with management consulting firm Bain & Company, where she served in several roles working in the United States, United Kingdom, Australia and Russia. In 1994, she joined PepsiCo in the U.S., where she was promoted to vice president and general manager of the company’s south European and north African restaurant operations. Subsequently, she served as a managing director of Guinness, as president of Burger King North America; and as president of global supply for Cadbury Schweppes.  In 2009 she returned to PepsiCo where she progressed, finally serving as global growth officer  for PepsiCo Foodservice. She joined CSM Bakery Solutions in 2014.

“Mikel’s background in branded consumer packaged goods, her deep understanding of foodservice, as well as her experience leading international growth strategies are among key reasons why she was recommended by our nominating committee,” said Chairman of the Board of Directors for Tyson Foods, John Tyson. “We believe she will be an excellent addition to our board and we’re pleased to have her.”

Durham holds a Bachelor of Arts degree in economics from Smith College and a Master’s in Business Administration from the Harvard Business School.