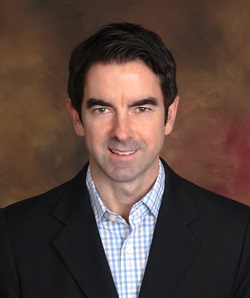 Olson began his career with Sara Lee Corporation in 1997, which was renamed The Hillshire Brands Company in 2012. Olson remained with Hillshire Brands until 2014, when Tyson Foods acquired it. Olson has worked in various roles including corporate development, financial planning and analysis, international finance and finance for several brands, including Jimmy Dean®, Sara Lee®, Van’s® and Golden Island®. In his new role he will be responsible for supporting Tyson Foods’ retail leadership team and providing key financial insights to drive the group’s strategic decisions.

“We’re pleased to announce the promotion of Garrett to this role,” said Marty Bryan, vice president, retail brands and growth. “He brings significant financial expertise and brand insights to this team which will drive strategic growth of our key retail brands including Tyson, Jimmy Dean, Hillshire Farm and Ball Park.”

Olson attended the University of Iowa in Iowa City where he earned a bachelor’s in finance in 1996. He also attended Northwestern’s Kellogg Graduate School of Management where he earned a master’s in business administration in 2002.